Marken – Where it (probably) all began

Moving to the Netherlands hasn’t been an idea that I had completely in a sudden. But it was a sudden idea to go to the island of Marken. And there I might have thought about making a change the first time.

But back to the start: End of 2017 I had a lot of emotional struggles. First my heart broke, then, only a bit later, I felt forced to split with my dance partner, too. Both relations have been complicated already when they started. I lost the two things in my life that mattered most. In such periods you are also facing difficulties to sleep well. The thoughts are turning around in your head and you do not really find a way out. I definitely needed distraction.

Since I met Klaudyna end of 2016, I managed to be more often in NL already in 2017. She then introduced me to Laura, today one of my best friends. And especially Laura was it, who helped me a lot through the hard times. And well, she is living in the Netherlands. To have a nice time and to get out, even for a moment, I decided to book an apartment in Delft in December ’17. I asked our common friend Agnes to join me. And so, together with Agnes, Laura and her boyfriend I spent a happy snowy weekend. It helped. I wanted more of it.

Because a lot in my old neighborhood and social life reminded me on the sad times, I wanted to go to the Netherlands way more often. Going to social dancings, competitions and of course making pictures. To get only new impressions to process in my mind.

As I said before, sleeping was hard and so I did not have that big trouble to get up early. On Saturday, January 20th I decided to spend my Sunday not at home. After some search via Google Maps I chose for Marken before Volendam and Enkhuizen.
I packed my stuff. Because I assumed that I won’t be able to park right in front of the desired lighthouse I also prepared my bike to save some time.

I got up sometime between 3 and 4 am. I knew it would take at least 2,5 hours to get there. Fortunately there is not much traffic on a Sunday night and so arrived on the main parking lot at about quarter past seven. Got my camera backpack and grabbed my bike. And then it happened what had to happen. Problems with the bicycle. I don’t exactly anymore what I had to fix but I was quite annoyed because the blue hour already started and I was afraid to be to late after this long ride.

It took me some minutes and even in this short time I had the feeling, the sky became lighter and lighter. Finally I had made it and went over to the edge of the island. Being careful, because this time of the year the ground was frozen.
When I was there I scouted a bit the area and found quite quickly a first interesting position. What I realized likewise: The light was amazing. But I had to hurry.

From now on I was completely focussed. Because I made long exposure pics, I had to wait from time to time holding pressure on the trigger. So I could capture and enjoy the sunrise over the dutch Markermeer at the same time. I knew the photos would be great in the end. I was happy for the moment.

The sun was above the horizon in the meantime, I went into town to have a closer look. Actually quite nice to watch, but I didn’t find a further spot that was worthy. So I decided to spend the rest of the day in Amsterdam. Not knowing yet that it would be the hub of my life later.
Putting my car in the district Diemen, I made it into the city centre by bike. It was now more a sightseeing tour but I still had my cam with me. Not far away from the opera I found a nice view onto the Munttoren (coin tower). And captured it.

During winter time, as we all know, the days are shorter. When the second blue hour of the day started, I slowly sallied home. I had to get back to the car and then additional two and a half hours to go. And I was sure that I probably would stop at some spots which I would find worth enough to photograph.
It was a really nice day and I came back home with the portion of happiness I needed.

And, to sum up this whole story: It might have been the first day I seriously considered moving over there. I thought „Why not?“. I needed a change anyway. In Northrhine Westfalia there hasn’t been much to keep me, neither. I am also not that great in making friends. Laura was an exception. And in the end one more reason. With every tour I made over there, I liked the thought of going more. But well, finally it should take one more year to make it happen. 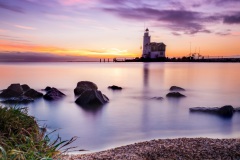 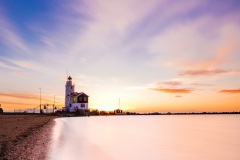 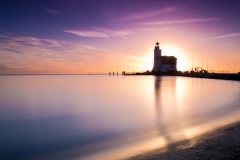 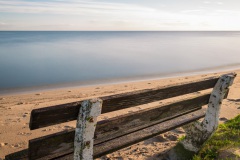 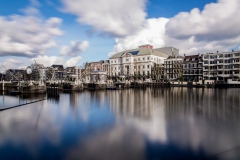 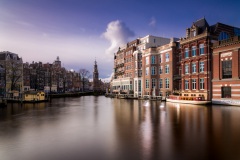 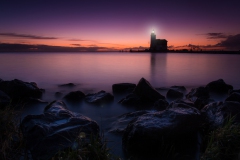